What are your favorite less successful RPGs and Wargames? 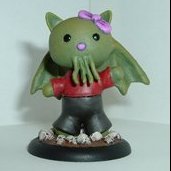