Looking to assemble something... strange 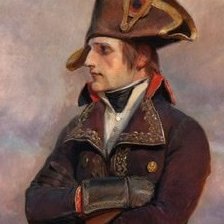 By Oudynfury,
June 22, 2015 in Conversions, Presentation, and Terrain