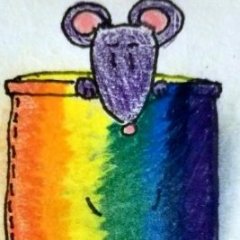 By Paradoxical Mouse,
December 28, 2017 in Works in Progress: Painting