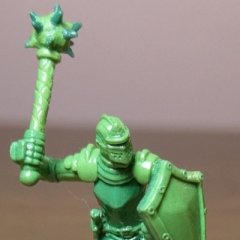 By Hogwing,
April 9, 2018 in Works in Progress: Sculpts, Conversion, Terrain.