Is there a story behind these two miniatures? 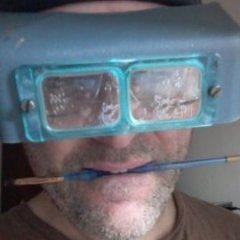