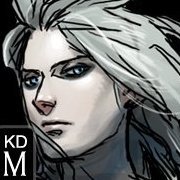 I will give @LordDave a shout out for his Water Effects class (Reaper U: Basing – Realistic Water Effects (Cecil), Thursday, 10am). Was a really fun class, very hands on, and he was the most prepared

Hello Argentee,   I apologize if you felt that i told you that you could not take notes.  Personally I always take notes and always encourage it so I am not sure what I said.  I would like to mak

Erin Hartwell's Skin Deep (Thursday, 10 am, and repeated on Saturday; I attended the Thursday version) was a class that mostly focused on emphasizing the effects of directional light on highlights and