The Happy Side of Social Isolation

By TaleSpinner,
April 6, 2020 in Off-Topic Rampancy

So as I reflect on all the frustration, fear, annoyance, and such; it's frankly getting me down.  The news is constantly filled with doom and gloom.  You know what, that's not what this post is about

Grump made origami flowers because he couldn't swing by Trader Joe's to pick up flowers for me.   The first time he made me cry was when he told me, back when we started officially dating, t 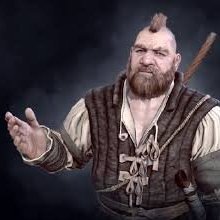 I've got something for this topic I think. This past weekend, I had the pleasure of reveiling to my family the gender of my upcoming child, due to be born in February 2021! Now, we had been