By GamerPrincess,
August 18, 2020 in Kickstarter

Guardians Of The Tomb

Good Evening everyone   I am the owner of Tomb Guardians and I was emailed by a few supporter who watches and blogs on the Reaper site.  They told me about what is going on here and I wanted 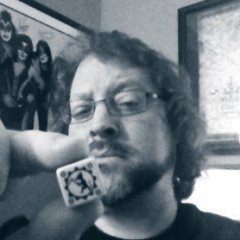 I’d say it’s 100% clear that GamerPrincess is a salesperson for the company, if not the guy that owns the company. Take a look at every post “she” has ever made on these forums - they are only to prom

The irony of it is that forumites here are perfectly happy to interact with company reps who identify themselves as such. There’s no good reason to pretend to be unaffiliated (and as others have noted