I think I have over 1K of minis 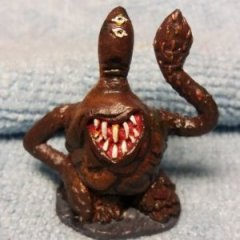 Do you feel the urge to acquire more miniatures, even though you have many unpainted figures? Are you running out of clever ways to store your miniatures? Is your SO giving you the stink eye whenever

Yes, you might want to scale up those numbers a bit...   Here are two of (19 of) my fantasy mass battles boxes opened up for a quick photo inventory I did a couple of months ago.

The problem is that fantasy gamers are pure amateurs compared to historical gamers. For example I am an old Napoleonic gamer, plus ACW and WWII in 15mm. For those periods, in that scale, I have painte