Hey someone had to put it up.   At this time, I'm just hoping for a in person Con & things going around the world are back to some semblance of normalcy. 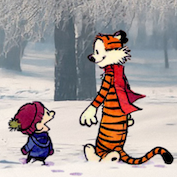 I actually liked the virtual con quite a bit. I was able to take all the classes I wanted without them filling up and I could see what the instructor was doing reasonably well.   I miss the

Odds are not in favour of me ever returning to Reapercon. So I am hopeful there is still a reasonable online presence in the years ahead, but having been there the once, I fully understand and share y