Facing my shelf of shame 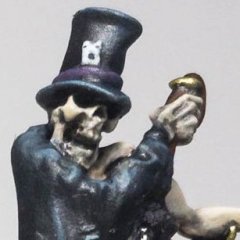 By Samedi,
January 4, 2021 in Works in Progress: Painting