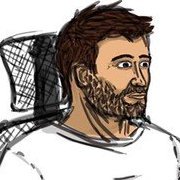 By Erramir Orlans,
April 5, 2021 in Kickstarter