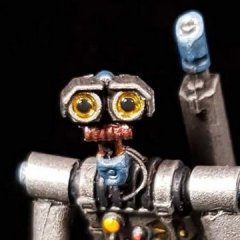 By Othikent,
May 27 in Show off: Sculpts, Conversion, Terrain.