What Alon Painted in May 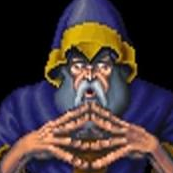