Makes me want to say an S word (sword) 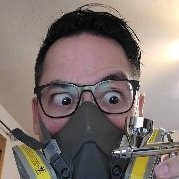