Am I alone in buying pretty much only reaper minis? 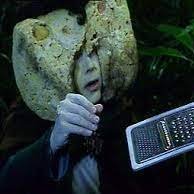